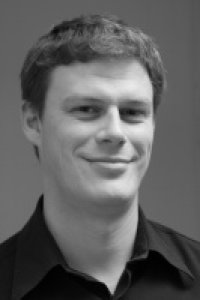 Paul Sebastian Ruppel has been working as a research assistant at the Chair of Social Theory and Social Psychology at Ruhr-Universität Bochum since the summer semester of 2014. Since the winter semester of 2016, he has dedicated himself in particular to deepening methods training in the master's program by teaching complex qualitative procedures of text and image analysis as well as testing peer-to-peer concepts of learning and qualitative research across the boundaries of the master's program and the doctorate in the subproject Research-Based Learning of the BMBF-funded project inSTUDIESplus.

In his courses, he engages with his students in social and cultural psychology as well as social theory, focusing on issues of climate awareness, ecological action, identity, performance, and qualitative methodology, among others. A research-oriented, method-reflective and interdisciplinary design of teaching is of particular concern to him.

Paul Sebastian Ruppel studied psychology at the Free University of Berlin (2003-2009) and the University of East London (2006). As a research associate at the Institute for Qualitative Research of the International Academy gGmbH at Freie Universität Berlin (2009-2014), he led numerous workshops and seminars on qualitative research methods and acted as a methods consultant for national and international research projects from the broad spectrum of social, human, and cultural sciences. In addition, he was involved for more than eight years, first as an assistant and later as a co-organizer, in the Berlin Methodentreffen Qualitative Forschung, the largest German-language event on qualitative research methods, and was for several years coordinator of the "NetzWerkstatt - Integrierte Methodenbegleitung für qualitative Qualifizierungsarbeiten", in which doctoral students work on their qualification projects in virtual groups according to the peer-to-peer principle.

In his doctoral thesis with the working title "Why we fly anyway: Tourist use of passenger air transport in the field of tension between growing climate awareness and increasing air mobility", Paul Sebastian Ruppel deals with questions and challenges of ecological action by means of a qualitative methodological approach according to grounded theory methodology.

Reviewer activities for, among others:

A list of publications by Paul Sebastian Ruppel can be found here.

Pre-registration by email at paul-sebastian.ruppel@rub.de is requested.