Pradeep Chakkarath is (together with Jürgen Straub) Co-Director of the Hans Kilian and Lotte Köhler Centre (KKC) and Senior Researcher at the Chair of Social Theory and Social Psychology. He also heads (together with Jürgen Straub) the Cultural Psychology Research Unit and the associated Ernst Boesch Archive. — Since 2019, Pradeep Chakkarath serves as Vice President of the Gesellschaft für Kulturpsychologie (Society for Cultural Psychology). 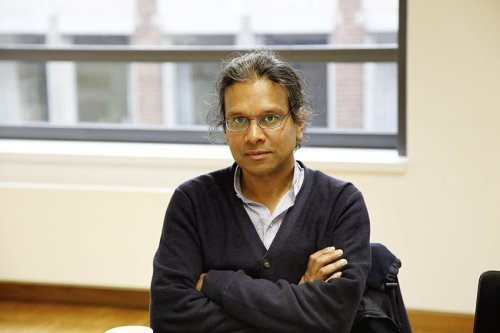 Received his M.A. in philosophy and history from the University of Konstanz, Germany, where he also received his PhD in psychology thereafter. His dissertation involved a systematic investigation of the origins and scientific development of cultural psychology.

Between 1996 and 1997 Senior Researcher on the Commission for Research on the Social and Political Transformation in the New Bundesländer (KSPW), employed at the University of Dresden, Germany. In this role, he conducted a comparative investigation of the social and psychological development of children and adolescents in the old and the new (formerly socialistic) federal states of Germany.

1998 to 2003 Senior researcher at the Chair of Developmental Psychology and Cross-Cultural Comparison at the University of Konstanz, where his research primarily focused on the value of children from a cross-cultural perspective (“Value of Children Project”) in collaboration with colleagues from several countries (including China, Germany, India, Indonesia, Japan, South Korea, Turkey, and the USA).

Moreover, research on the impact of indigenous and subjective developmental theories on intergenerational relationships in India and Germany (in the Collaborative Research Center, SFB 511, "Literature and Anthropology").

From 2007 to 2010, Researcher and Scientific Advisor for the Camerounian Institut Pédagogique pour Sociétés en Mutation (which has meanwhile become the Université Evangélique du Cameroun), a school reform project co-directed by the University of Hamburg, Germany. Here, his interest was in finding a fruitful synthesis of indigenous African and European education.

Currently, Pradeep Chakkarath specializes in cultural psychology, human development from a cross-cultural perspective, the history and methodology of the social sciences, indigenous psychologies, postcolonial theory, and psychological aspects of world views and religions.

Intercultural Competence and Cross-cultural Social Psychology at the School of Humanities and Social Sciences of the University of St. Gallen, Switzerland; there he also co-developed and -implemented the East Asian Study Programme.

2006-2010: Intercultural Ethics at the Centre for Ethics of the University of Zurich, Switzerland.

2006-2007: Intercultural Communication and Cultural Psychology at Chemnitz University of Technology in Germany.

Between 2007 and 2010: Visiting Professor three times at the Higher Institute of Pedagogy, IPSOM, in Bafoussam, Cameroun, where he taught Field Research and Qualitative Methodology.

Since 2009: Intercultural Competence at the Research School Education and Capabilities (EduCap) of Dortmund University of Technology, Germany.

Since 2014: Lecturer within the MA-Programme Intercultural Competencies at the Danube University Krems, Austria.

Co-Founder and Co-Editor of 'HARM - Journal of Hostility, Anger, Repression and Malice' (together with Christian Gudehus)

Co-Editor of the German journal 'psychosozial'

Editorial board member of 'Review of General Psychology'

Editorial board member of 'cultura & psyché'

Co-editor of the collected works of the cultural psychologist Ernst E. Boesch

Fellow Alumnus of the Center of Excellence „Cultural Foundations of Integration“, University of Constance, Germany

Nominee of the Ruhr-University Bochum’s Faculty of Social Science for the national “Ars Legendi” award for excellence in academic teaching in 2012.