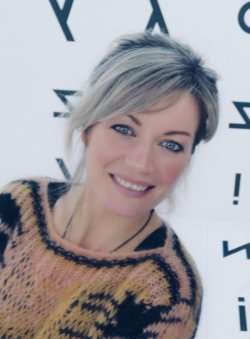 Sandra Plontke studied Modern German Literature, Linguistics, Social Psychology and Anthropology at the Ruhr-Universität Bochum and completed her Master's degree with a thesis on epistemological aspects of communication and self-articulation in the work of Hugo von Hofmannsthal from a literary-system-theoretical perspective with Prof. Gerhard Plumpe.

After her studies, she worked as a lecturer at the German Institute of the RUB, and later as a lecturer at the Chair of Social Theory and Social Psychology. Here, the focus of her teaching is especially on methodology and methods of analyzing iconic material in qualitative social research. In 2012, Sandra Plontke led a project funded by the Kulturwissenschaftliche Stiftung Essen to promote and implement cultural psychological methods of image analysis in the social sciences, in the context of which she and her students organized the exhibition "Inside out. Images of the Own and the Foreign" (Oct. 18-Nov. 18, 2012, Ruhr University Bochum), which she coordinated and implemented.

From 2013 to 2016, Sandra Plontke was a fellow of the Mercator Research Group "Spaces of Anthropological Knowledge" in AG 4: Cultural Psychology and Anthropological Knowledge, led by Prof. Estrid Sørensen. Since 2017, she is an associate member of the Center for Anthropological Knowledge in Scientific and Technological Cultures (formerly Mercator Research Group). In her PhD supervised by Estrid Sørensen with the working title "Images in Work. A Praxeography of the Computer Game Image," she empirically explores the practices and the actors involved in them of image genesis in the computer game industry, addressing the co-construction of images, technology, and knowledge in the development of computer game images. In doing so, she takes an integrative approach that attempts to think together practice-theoretical approaches to science and technology studies (STS) with cultural psychology and image studies.

Her research interests lie in the fields of image studies, visual, media and design studies, cultural psychology, praxeology, STS and sociology of knowledge.

Since 2017, Sandra Plontke has been a research associate at the Department of Social Theory and Social Psychology and at the affiliated Hans Kilian and Lotte Köhler Center for Social  and Cultural Psychology and Historical Anthropology (KKC).

Until 2018, Sandra Plontke was also an assistant lecturer for intercultural communication and competence at the RUB International Office.

Since 2017 she is coordinator of the project line "Forschendes Lernen3" at inSTUDIESplus.

A list of lectures by Sandra Plontke can be found here.

Pre-registration by e-mail at sandra.plontke@rub.de is requested.