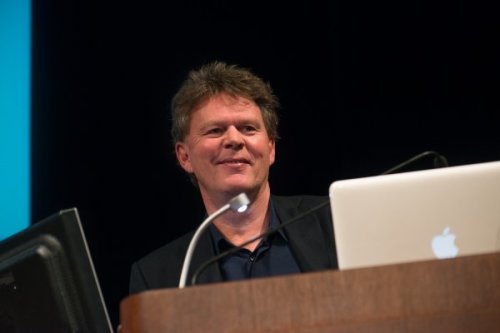 Prof. Dr. phil. Jürgen Straub was appointed to the professorship for social theory and social psychology in April 2008.

He is also a co-leader of the interdisciplinary master's programm "Culture and Person". From 2011–2013 he served as a dean in the Faculty of Social Sciences.

Together with Pradeep Chakkarath, Prof. Straub directs the Hans Kilian and Lotte Köhler Center (KKC) for cultural psychology and historical anthropology, founded in 2014. In addition, he serves on the board of trustees and as jury member for the Hans Kilian Prize.

He is a member of the Stiftung für Kulturwissenschaften [Foundation for Cultural Studies] in the Stifterverband für die Deutsche Wissenschaft, a non-profit foundation promoting cooperation between industry and science. From 2008–2014, Straub was deputy director of Jörn Rüsen's project "Humanism in the Age of Globalization: An Intercultural Dialogue on Humanity, Culture, and Values" at the Institute for Advanced Study in the Humanities (KWI) in Essen. At the present, he is involved in the Think Tank of the Key Topic Group „Identities“ in the excellence cluster "The Formation and Transformation of Space and Knowledge in Ancient Civilizations" (TOPOI) in Berlin and an associate member of the DFG-research training group "Factual and Fictional Narration:Differences, Interferences, and Congruences in Narratological Perspective" at the University of Freiburg.

From 1999–2011 he served on the board of the Institute for Advanced Study in Humanities in Essen; together with Burkhard Liebsch, he led an interdisciplinary study group on the topic of "Life-forms (Lebensformen) in Conflict: Identity and Morality under the Pressure of Social Disintegration." As a fellow of the KWI from 2001–2002 Straub organized and coordinated a series of international conferences on "Violence in Modern Societies." In the winter semester 2001/2002, he was visiting professor of microsociology in Giessen; before that, he served as adjunct professor of psychology at the University of Erlangen-Nuremberg. From 1994–1995, Straub was a fellow of the Center of Interdisciplinary Research (ZiF) at Bielefeld University.
Straub has been co-editor of the journal Psychosozial since 2014, and he is a member of the academic advisory boards and a peer reviewer for a number of international specialist journals. Furthermore, he serves on a variety of other advisory and review committees and is a member of additional academic associations.

Jürgen Straub has published widely on topics of social research and cultural analysis, inculding interdisciplinary aspects of theory and methodology. A list of these publications can be viewed here.