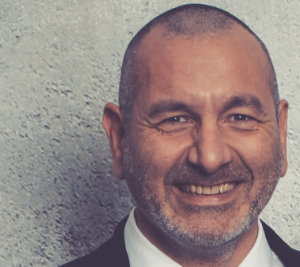 Information about my past can be found at cgudehus.de. But more relevant is probably the future. In the next few years I would like to devote myself to four closely interwoven interests.

These are, first, what I call psychologies of violence. Understanding violence requires explaining from a psychological perspective how these acts are produced, endured, and processed. Diverse psychologies have developed equally diverse approaches and models to do just that. Looking at these efforts, two significant gaps can be identified. First, there is a lack of historicization of psychological conceptualizations and explanations of violence. Second, and closely related, approaches beyond the mainstream have so far been insufficiently documented. Thus, especially with regard to the first point, a systematic reappraisal of the genesis, development, and reception of psychological explanations of violence is needed. This also includes studies that are not genuinely concerned with violence, but are received in this context (e.g. Solomon Asch, Albert Bandura or Henry Tajfel). With regard to the second point, psychologies beyond the mainstream need to be examined or further developed with regard to their potential to understand violence. In this regard, I am particularly interested in research on violence in cultural psychology. Further, the poorly documented approaches include those that do not call themselves psychologies, but nevertheless have explanatory modes comparable to psychological approaches (e.g., religions or spiritual practices).

Second, I see myself and act as a critical, but certainly also solution-providing commentator on (mainly English-language) genocide studies. My aim is to point out the manifold problems and, where possible, to develop alternatives. For example, there is a fatal tendency to canonize studies and concepts without sufficiently contextualizing and historicizing them. There is also far too little reflection on the widespread mixing of diverse disciplines, methodologies, and epistemologies. Finally, there is a lack of reception of theoretically and methodologically advanced approaches (especially in international discourse), so that one can speak of a flattening of the scientific level, especially with regard to empirical work and theory building. Accordingly, one solution is to feed such concepts, which are indeed available, into the discussion.

Third, and far beyond, I am developing the research program and the international journal, HARM for short, in close collaboration with Pradeep Chakkarath. We are interested in how harm is inflicted, suffered, witnessed, documented, commented on, and analyzed. For example, we are interested in how people experience natural disasters, wars, accidents, illness, and loss. How they rape, murder, disenfranchise and exploit (humans and animals). Likewise, we want to explore how these experiences or actions are reflected - in pedagogy, science, art, popular culture, or religions. HARM is not only a long-term research program, but at the same time a journal that I have launched with Pradeep Chakkarath, Fiza Lee, and Nafissa Rami, and whose first issue will be published in May 2022.

Fourth, I strive hard to teach in a way that sees study as a passion for thinking, arguing, writing, and presenting. I want students to learn from cases, I want to give them room to be daring and unusual, and I want to encourage them to present the results of their efforts to a public audience whenever possible, rather than having them stowed away in a proverbial "drawer." One existing example of this is the Online-Encyclopedia Practices of Violence, which features very diverse works by students from Bochum and Maastricht in which they explore precisely violence praxeologically. Another form is the Podcast Pre&Post GEWALT, produced by students of the Bachelor of Social Science.

A list of all publications by Christian Gudehus can be found here.

By appointment. Please email me at christian.gudehus@rub.de and then an appointment can usually be made in the short term.