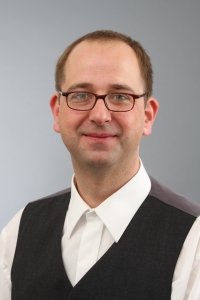 Alexander Kochinka joined the Chair of Social Theory and Social Psychology at Ruhr-Universität Bochum in April 2016 as a lecturer for special tasks.

He studied psychology (and minored in philosophy and sociology) at the Friedrich-Alexander-Universität Erlangen-Nürnberg. From 1994 he worked there as a research assistant, and from 1998 he held the same position at the Institute for Educational Psychology (then: Institute for Psychology and Sociology in Educational Sciences) at the University of Hannover.

He received his doctorate there in 2002 with a thesis on emotion theory (published by Transcript in 2004) and habilitated in 2004 with a thesis on the diaries of children and adolescents oriented toward cultural and developmental psychology (Venia legendi for psychology; published by Velbrück Wissenschaft in 2008).

From 1992 to 2007 he edited the journal "Handlung Kultur Interpretation", initially together with Jürgen Straub, from 1999 additionally with Elfriede Billmann-Mahecha and Robert Montau, from 2002 additionally with Carlos Kölbl.

In the years from 1999 to 2002 he was a member of the study group "Lebensformen im Widerstreit" (Forms of Life in Contradiction) under the direction of Burkhard Liebsch and Jürgen Straub at the Institute for Advanced Study in the Humanities in Essen.

Alexander Kochinka works on topics in the fields of emotion psychology and cultural psychology, and in connection with these also on qualitative methods and methodology, on the use and yield of (real, i.e. not generated in the research context) diaries in research, and on selected questions in the history of psychology.

A list of publications by Alexander Kochinka can be found here.

Pre-registration by e-mail at alexander.kochinka@rub.de is requested.